Why flirting on Instagram is bad for your relationship – Part 1 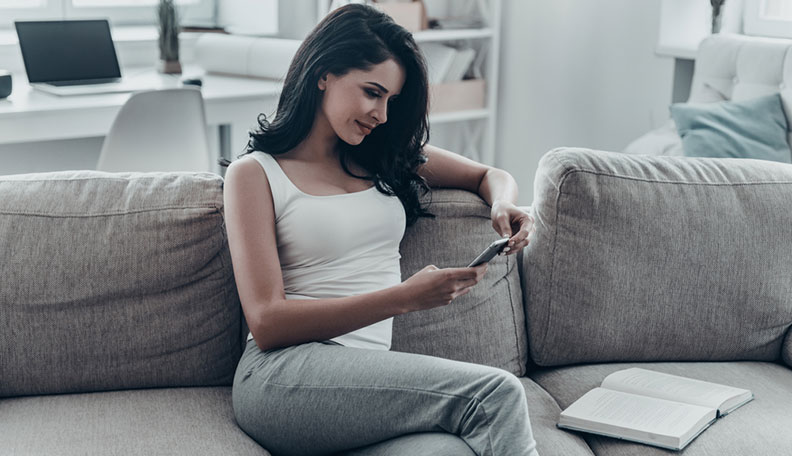 Why flirting on Instagram is bad for your relationship

Why flirting on Instagram is bad for your relationship? Perhaps it will have happened to you and your partner. If it hasn’t happened to you it will have happened to some of your close acquaintances. The dynamic is this: one of the two accuses the other of flirting on Instagram with strangers, the other belittles by saying that social networks are only a place for chatting, that it is all virtual, that real life is something else. But is it really so? Now guys, I certainly do not call myself a saint, but let me disagree with these considerations and indeed, in this post, I will try to explain the 5 reasons why flirting on Instagram will end up ruining your relationship … notice it.

You will say… Trivial! It may be trivial, but I can assure you that even the strongest couple relationships, those apparently cemented by great affection and mutual respect, can collapse due to useless discussions on futile issues. Like? With the same mechanism as the Chinese drop on the rock. From today and tomorrow, useless discussions end up taking time away from fruitful ones, from the exchange of affection, from the empathy that is the basis of the couple relationship. It is acceptable to waste time on pointless discussions like “who was the one you mess with on Instagram?” once; but if this becomes a habit you will end up swallowing other habits, the good ones, the ones that keep your relationship alive. So do not be fooled by the false tranquility of those who say: “the world does not collapse for bullshit”. Bullshit is like viruses, they are very good at self-reproducing very quickly. And it is also very complicated to send them away when they become routine.

INSECURITY IS CREATED IN YOUR PARTNER

Even in the face of this statement one could argue that it is something trivial. It may be true: but do not imagine the damage that this insecurity causes. I’ll give you a personal example: I knew a couple in which he was there, a bartender for 30 years, always used to being, as they say, the madman with everyone, who with the advent of Instagram had started to do it not only from behind the bar counter but also on social media. But never, and I can assure you, that it has gone beyond the chatter. He liked to “believe it” as they say in Rome. It then happened that his partner, annoyed by “catching” him writing certain messages on Instagram, was at one point convinced that he was cheating on her and, disheartened by this, she too ended up embarking on an extra-marital relationship, but true, not just made up of messages. All from a “misunderstanding” or rather from her insecurity.

LOSE YOUR SENSE OF REALITY

Instagram like Facebook and all social media has a flaw. It creates in the mind of those who frequent it too much a virtual, fake world, which as such exists only in the head of those who are thinking about it at that moment. Flirting with strangers on Instagram also leads to this side effect. Without even realizing it, the false self-esteem and sense of the forbidden will make you believe that beyond the door of the house there are more beautiful, more interesting, sexier and more attentive partners than you have. But believe me; in 99% of cases they are bluffs. On social media, and we all know it well, everyone shows up with a mask that is not that of real life. All in shot, all full of life, money and health. But behind the likes and selfies there are almost always mediocre lives, or in any case certainly not better than the one you have built up with your partner. Beware of disposable gaps!