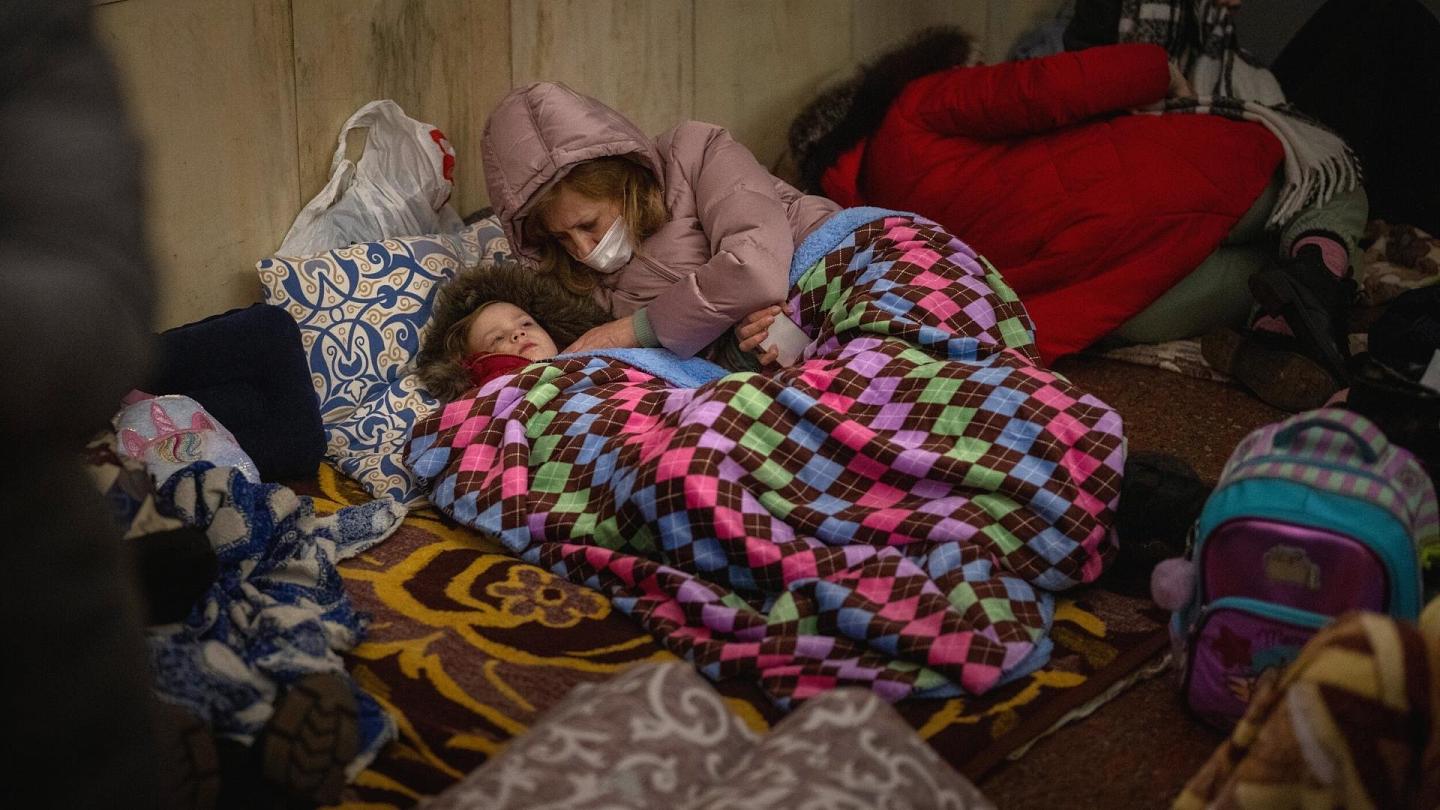 It has now been almost a year that, on this blog, I am delighted to point out what, in my opinion, is the photo of the month. These are always shots NOT made by myself. Some I see them on online magazines specializing in photography, others on e-news sites or on social networks. Those that convince me, those that, from my point of view, really represent “the world” in the month in question, those become the photos of the month.

There are months, like this one, in which I would have gladly done without choosing the photo of the month. We are in March, and as you will remember if you follow this blog, the photo always refers to the previous month, and therefore in this case to February.

So, having to choose the photo of the month for February 2022, I didn’t have to take too long to decide “what to look at”. In fact, it is evident that the drama of the war in Ukraine represents the center of the world at this precise moment and it is right to choose within this drama the photo or photos that, in the future, will best describe this terrible month.

I tried a quick Google search and, as you too can experience, millions of terrible images came back from the ravages of Kiev and its surroundings. So many that choosing one seemed to me almost a macabre game. However I know well, we know well, how much images also have a “duty” to tell as well as a capacity. And it is therefore right that such images exist and persist on the internet. So you can tell tomorrow what is happening today.

Which photo to choose? Weapons, soldiers, destroyed buildings, dead on the street? Not really, or at least not for me. The photo that struck me most is the one you find below. It was taken in the Kiev subway and represents a mother taking care of her son, obviously cold, with coats and blankets taken in a hurry from home. You have most likely happened to find this photo in some online newspaper. I believe that, in choosing this photo, more than the photographer in me, it is the father who is in me.

That boy (or girl) is the son of all of us. And, looking at him, we would all like to reassure him, warm him; which, however, the mother tries to do, with what she can. And in the shortcomings of that child, or in what he lacks, there is all our responsibility as adults. Of course: I am not one of those who think that the responsibilities are collective, in the sense that the responsibilities of this war belong solely to those who move those armies, and to no one else. But as a father, looking at that photo, I still cannot fail to feel responsible towards that child as towards all the 130 minors who (as of March 28, 2022) turn out to have fallen during this war.