4 vintage cameras that I would still buy – Part 2 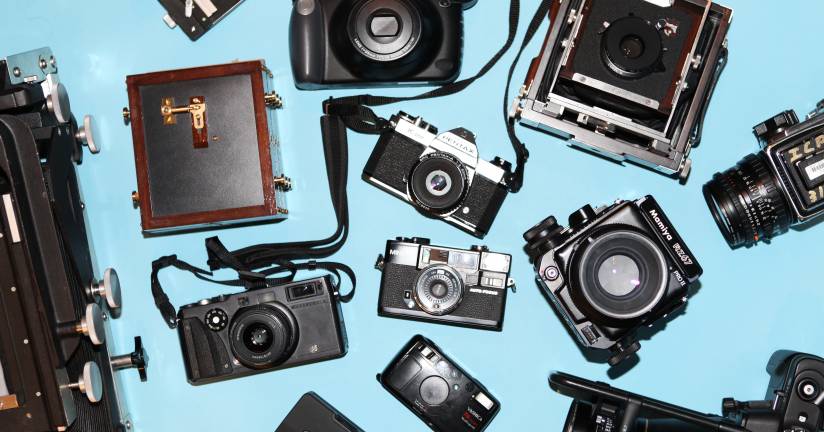 4 vintage cameras that I would still buy

Take some memories, take some technology from the past. Mix them together by mixing them with ice and you will get the exact cocktail of this post with which I continue to tell you (after the first part) about the best vintage cameras that I would still buy. A journey into the past of each of us, not necessarily only in that of those who deal with photography by profession. It is in fact very likely that some of the products that I covered in yesterday’s post or that I will discuss in today’s post, have also had amateurs or complete laymen.

So let’s continue this journey into the past and we do it talking now about the Yashica T4. Do you remember her? A definition comes to mind for this product (and similar): “the camera for First Communion or Confirmation”. It depends on your age. Yes, because at the turn of the 80s and 90s you don’t know how many times I have seen this camera given as a gift on the occasion of these religious holidays. An ideal product for those taking their first steps behind a photographic lens. The Yashica T4 offered nothing extraordinary to its owners and yet they have sold by the millions. It was a very light 35 mm, weighed less than 200 grams, made almost entirely of plastic with a film format of 24 x 26 mm. With the Yashica T4 Kyocera has begun to introduce some electronics in mass market photography; an electronics used for automatic focus and film management (remember when there were still the blessed films?). What a blast from the past? A dive that you can do again today if you want. In fact, I saw that the Yashica T4 is still available for a hundred euros on trading portals such as Ebay.

It was 1984 when Leica presented the M6 ​​on the market. It was not a product for everyone at the time. Even several professional photographers at the time would have found it difficult to buy it given the cost. But for me it was love at first sight and luckily, thank goodness, I was already having a good time then and I was able to buy it. Money well spent. The Leica M6 was like a beautiful and mature woman with whom to have the first experiences on sex and also to have confirmations on what one’s tastes are. Everyone has their own. I have women and photography. And on the second front, the Leica M6 was a fundamental step to understand what I wanted to do. A regret? Yes I have. That of not remembering where, between Rome and the rest of the world, I ended up leaving it. But who knows maybe we will meet again. Maybe I won’t find mine again, but, never say never, who knows that one day you won’t buy a used one online again (it costs about 2000 euros), simply for the sake of having it, of seeing it again, of seeing each other again. As in the 80s.