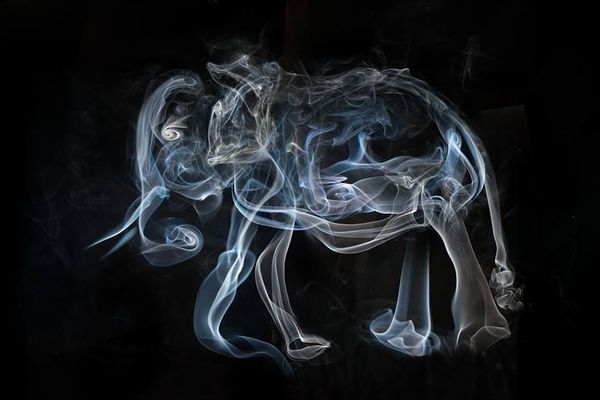 What is it Smoke Art Photography

What is Smoke Art Photography? It is pure art. Many times in this blog I happened to write to you how, from my point of view, today’s photography represents in all respects a form of modern art. In fact, I am convinced that, in 500 years, the future inhabitants of the Earth will study us through the artistic photos that this and the past century have given to history. Here, Smoke Art Photography, will certainly be part of this legacy because, as mentioned (and the name also says it) it is pure art. What’s it about? Trivially it could be said that photography consists in the evolution in the air of puffs of smoke trying, a bit in the way in which the smoke itself is created, a bit through a skilful use of DLSR, to recreate artistic photos, imaginative, surreal creations, fictitious, which last only an instant in the air: exactly that little instant that is enough for our reflex to immortalize it, forever.

What you need to have to shoot in Smoke Art Photography

It is much simpler than you think. At least for what concerns the materials (the difficult part is in fact the creative act). To give a view of Smoke Art Photography shots it is necessary first of all to have a completely dark background, such as to create the maximum possible contrast with the smoke. The simplest way is therefore to have a completely black background. It is also possible to operate in reverse or using white backgrounds for dark fumes but everything becomes tremendously more complicated and the final effect, trust me, is not the same. The second thing you will obviously need is a camera – a mirrorless DSLR of course. It is important that your camera supports manual shutter speed control and flash: to stabilize the camera you can rely on a tripod in such a way as to cancel any distortion effects due to shaking hands. Finally, you will need smoke sources. There are dozens of them even cheap: some use cigarette smoke, some incense and some dry ice. Each of these fumes tends to dissolve in the air in a different way and you will therefore have to choose the source based on the design you want to create. For example, incense rises in a compact but wavy way starting from the fuse, while cigarette smoke rises more straight at least for the first meter and then spreads like a mushroom. You will have to be very patient (especially at the beginning) because the learning curve is very slow, in the part that concerns the creation of forms of smoke.

If you want to create Smoke Art Photography shots, autofocus will be completely useless. In the initial phase, stand about 2 meters from your smoke sculpture and try to manually move the focus until you get the desired effect. Smoking is unpredictable but this is also a positive aspect of the whole thing, because it will often help you create shapes and shades on your own that you had not even imagined at the beginning. However, try to have, in the end, a shot that is as sharp as possible.

It goes without saying that, speaking of Smoke Art Photography, you will always have to try to do these two things: keep the background as underexposed as possible to instead give as much prominence as possible to the smoke you are framing. In this, as mentioned before, the choice of the background color plays a fundamental role. In fact, it is evident that a “pure” black background tends to underexpose itself, making your job easier.

Pay particular attention to light sources. They must not illuminate the environment but must be well focused to have direct lighting only on the part where the smoke will move. Diffused light conditions would cause the focus to be lost, which must instead be channeled solely on the smoke itself. To be clear, think of the showcase of a work of art in a museum, which houses a precious diamond. Seen from the outside it will apparently be dark yet the diamond is illuminated and brilliant. This effect, which is what you should recreate for Smoke Art Photography, is achieved through direct, undifferentiated light beams, straight onto your subject.

Two final tips for your shots in Smoke Art Photography. Pay attention to the ISO by setting them to a low brightness value so as not to have too blurry images at the end. Finally, set your camera to high shutter speeds in order to capture every little detail of your smoke games while keeping the focal aperture low.