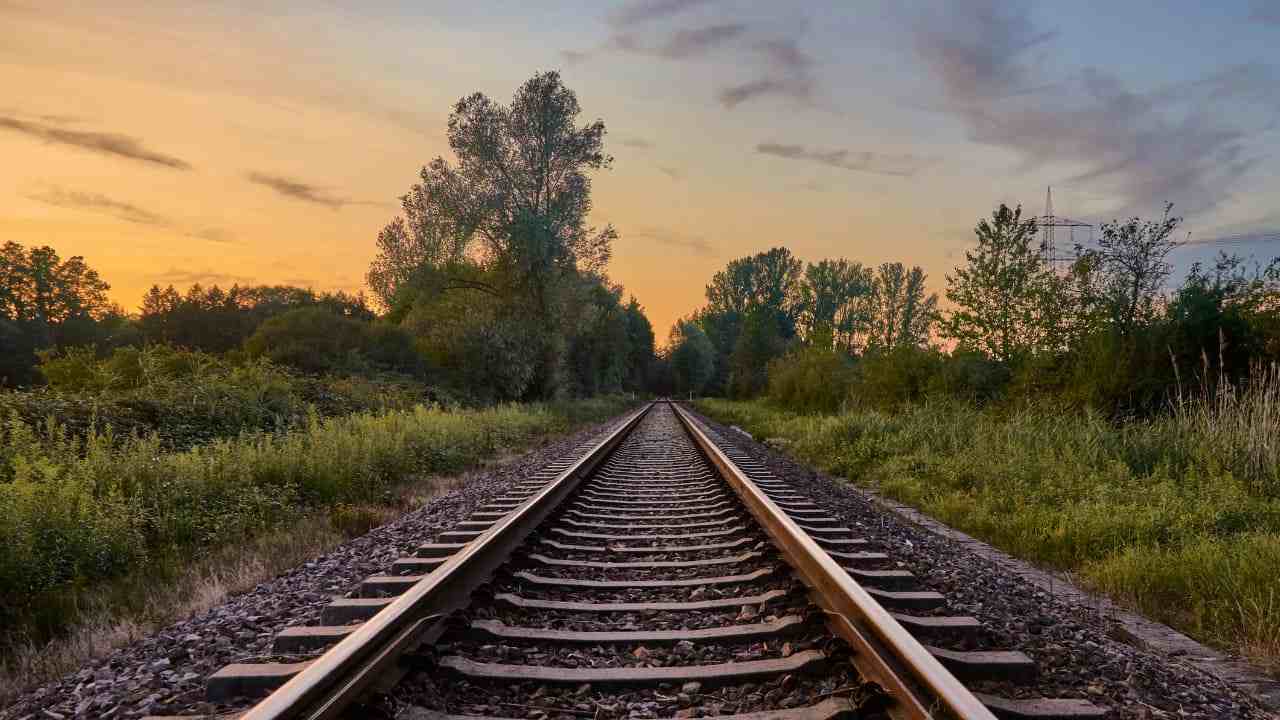 The parallel lines meet according to Euclid?

About 2500 years ago the good Euclid of Alexandria in Egypt told us that two parallel lines never meet.

But is it really so?

Attention, I do not want to clarify or refute mathematical theories here, this is not what interests me. What I like to analyze instead is how Euclid’s fifth postulate often ends up by mapping itself in personal relationships.

I’ll explain. Do you know those relationships, sometimes missing, which never find the time to cross over the course of an entire life and yet continue undaunted to flow parallel for years, resisting time and everything else?

They never cross each other, or maybe they do, but they always remain close, always maintaining the exact same distance between themselves.

I think it happened to everyone. It happens in romantic relationships, the famous “missed loves”, but also in work, in friendships. You stay close, look at each other, scrutinize each other (endlessly), without ever crossing each other.

Well, with all the respect I have for my dear Euclid, what I feel instead is that yes, two parallel lines, apparently destined never to meet, infinitely meet, but nothing else.

How do I know? Simple, my great passion taught me that.

I try to explain myself better again. Imagine (but don’t do it), placing your beautiful easel in the middle of the two tracks of a long railway; perhaps one of those that flow without horizon lines that interrupt it. In Italy I happened to see them in Puglia or in the lower Po Valley.

Well, if you were to take a picture by placing your SLR exactly in the center of the tracks, you will see in the image you shot that, yes, at a certain point, far beyond, the two tracks come together. Imperceptibly, but they come together.

And, as a good photographer, I can only believe what I see in a photographic image. What my lens takes back for me is reality, pure, indisputable.

And Euclid? There will be a reason for it, as far as I’m concerned.

Beyond what the photographic perspective tells me, it is in fact my own life experience that tells me that, yes, if you give yourself a chance, even parallel lines can meet.

How? There are two ways. With patience or with madness.

How, you may ask, can “patience” make two lines cross, or to speak out of the metaphor “two destinies”, can they cross infinitely? Well here we are met by another mathematician, Gauss, much closer to us historically, who suggested that if instead of a real angular coefficient, in a line, we use a “not real” one as infinity, then, yes, two lines parallel sooner or later they will cross.

Of course, it takes patience, infinite patience. And who has it? I certainly don’t.

Therefore, there is the second way in which all of us can make sure that two destinies apparently destined to never find a common destination can cross: madness.

I owe you a few more details. Let’s go back to the aforementioned train tracks. And imagine the train. Poor thing from the moment it is built is forced to move, travel very long distances but always within those two tracks, without ever being able to go out, without being able to decide where to go.

We are that train, and those tracks apparently destined to never meet are our aspirations when we lack “madness”.

Only with madness we and that poor train mentioned above can we decide, at a certain point, to jump off those tracks, with all the risks that this entails.

You throw yourself off the rails when you have the strength to get out of a worn-out relationship or, on the contrary, to dive into a new relationship “apparently” without a future but which, instead, inside (we know), feeds fire, passion, intentions .

We throw ourselves off the rails when we have the determination to leave the permanent job to pursue the job we have always dreamed of, the one that, perhaps, does not guarantee us a safe salary at the end of the month but that gives us the right bite to get out of bed every morning and say “today I split”.

We throw ourselves off the rails even when we have the courage to question our preconceptions; the cultural and religious ones that have been instilled in us as children and those that have unconsciously settled in our heads over the years.

But, there is always a “but”, to get out of these tracks and rely on madness you have to be crazy (in the clinical sense of the term). What if we are lucky / unlucky not to be crazy? Well there is still one last chance. You have to be brave. Or, in calling myself, you have to choose whether to be happy or content.

Courage fills those voids of madness that post-Enlightenment society has created in our minds that have become so too rational.

How many times, perhaps listening to the story of some acquaintance who has left everything to travel the world or to chase a new love, have we said: “that is a madman”. No, he’s just brave. He is following his dreams. He is making two parallel lines cross, in the face of Euclid!